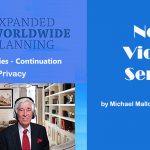 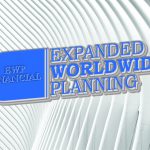 About Us – EWP Financial and Michael Malloy CLU TEP RFC

EWP Financial is one of a handful of firms worldwide that specialize in Private Placement Life Insurance (PPLI) & Expanded Worldwide Planning, (EWP).

PPLI and EWP Financial
EWP Financial is one of a handful of firms worldwide that specialize in Private Placement Life Insurance (PPLI). Even so, EWP Financial sets itself apart from this elite niche. Why? https://blog.michaelmalloy.solutions/ppli-and-ewp-financial/ 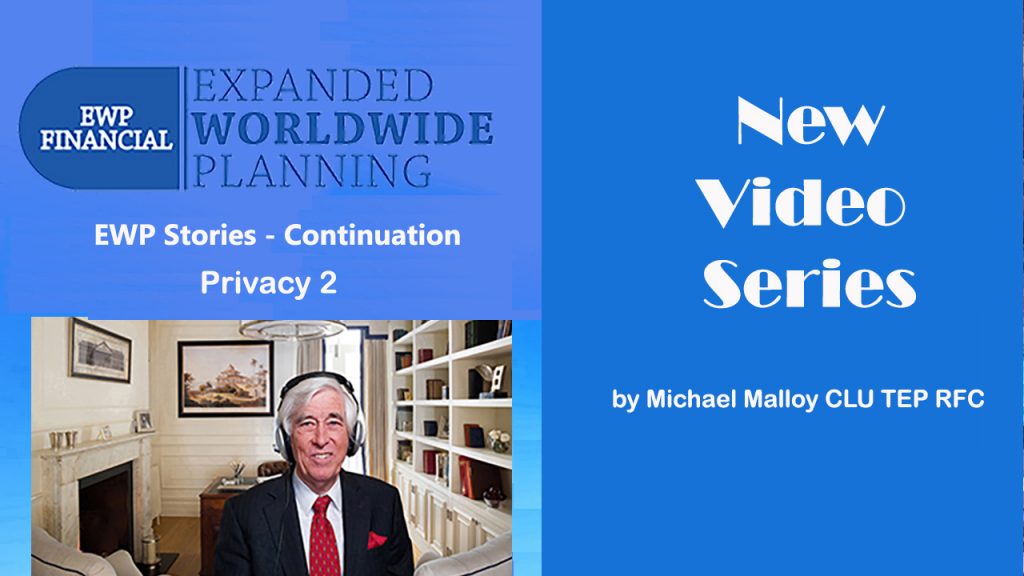 Our new short video series continues with our story about Carlos Gutierrez. This new series gives you the highlights of our previous Stories series. The kidnapping of his daughter, Lucinda, brings Carlos into contact with a powerful Mexican drug cartel, who are being represented by his best friend from college days. Carlos cannot comprehend how his successful, stable life has been shattered by these horrific events.

A Private Placement Life Insurance (PPLI) asset structure could have easily prevented these life changing invasions of his privacy by protecting his financial information in an asset structure specifically designed to safeguard his privacy.

The right to privacy is enshrined in the formal pronouncements of government bodies throughout the world. The Paradise Papers, and previously the Panama Papers, demonstrate that in practice, this right to privacy receives very different interpretations. These two data hacks reveal the conflict between tax authorities’ right to tax and citizens’ fundamental right to privacy.

How one thinks about this conflict is of course dictated by how it is discussed. Most people receive their information from the various media outlets. Depending on whom you listen to, you will receive very different interpretations of the documents that have been put forward to the public.

As quoted in the New York Times, Ross Delston, a Washington D.C.- based anti-money-laundering expert, said:

“What we learned confirms what we always suspected: That the use of offshore companies is more widespread than ever imagined. Offshore financial centers are useful not just for crooks, oligarchs and politically exposed persons but also to the largest global companies and highest net-worth individuals.”

“Data Protection Takes Hit with Bermuda Hack,” quotes the Cayman Compass in reference to the Panama Papers, “In recent years we have witnessed the emergence of a different sort of “investigative journalism” that largely includes the public dumping of private information, oftentimes in the absence of analysis, context or verification. It is journalism most foul.”

Another practical demonstration of the conflict between government taxation and citizens’ fundamental right to privacy is what some have termed the “New Switzerland.” This is the movement of funds previously placed in locations like Switzerland and offshore jurisdictions to the United States.

To continue our theme of contrasting viewpoints, below are quotes on tax avoidance. The first is from the Tax Justice Network, and the second by Learned Hand, a U.S. Federal Judge from a 1934 case, Helvering v. Gregory. The attitude expressed by Learned Hand is prevalent in the U.S., while the OECD champions the attitude in the Tax Justice Network quote that is in reference to the Paradise Papers.

“Just because no one is put in jail, doesn’t mean no one has committed a crime. All that said, just because a prosecuting authority doesn’t bring charges, it doesn’t mean that no crime has taken place.” Tax Justice Network

“Anyone may arrange his affairs so that his taxes shall be as low as possible; he is not bound to choose that pattern which best pays the treasury. There is not even a patriotic duty to increase one’s taxes. Over and over again the Courts have said that there is nothing sinister in so arranging affairs as to keep taxes as low as possible. Everyone does it, rich and poor alike and all do right, for nobody owes any public duty to pay more than the law demands.” Learned Hand

No wonder the “New Switzerland” has come to pass.

EWP Asset Structures to the Rescue

One irony in this movement of funds to the U.S. is that the U.S. in effect began the movement of tax transparency with FATCA in 2008, which was closely followed- up with the OECD’s Common Reporting Standard (CRS).

There are structures that give privacy and significant tax benefits to international clients without moving family assets to the US merely to avoid CRS reporting. These structures also achieve tax compliance with tax authorities worldwide. Our firm specializes in these structures. These unique structures embody the six principles of Expanded Worldwide Planning (EWP), as discussed in Wikipedia’s article on International Tax Planning. We welcome your questions and comments.

~ Your best source for PPLI and EWP

About Us – EWP Financial and Michael Malloy CLU TEP RFC